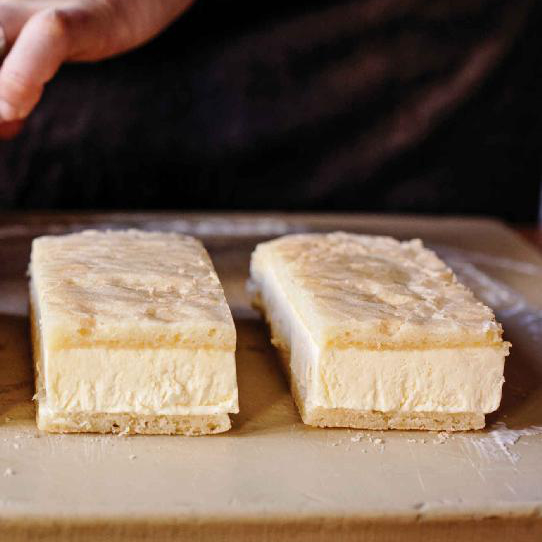 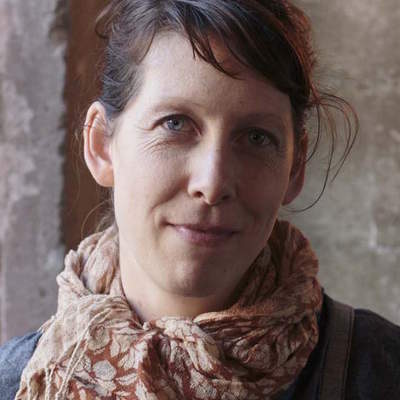 While we call State Bird’s signature dessert “ice cream” sandwiches and they eat like ice cream sandwiches, they’re technically frozen sabayon sandwiches. Because when we first opened, we had neither the extra money nor the space for a giant commercial ice-cream maker. So I did something tricky and tweaked classic sabayon—a sort of light, ethereal version of custard and the French version of Italian zabaglione—so it would turn out like ice cream when frozen. It was so good that I went wild, infusing it with all sorts of flavors from oolong tea to Sichuan peppercorn and mixing in lemon curd and cocoa custard.

In what will strike only the kitchen-efficiency nerds among you as a stroke of great inspiration, we decided to fuse two troublesome desserts. For the macarons, we nixed the laborious piping and filling. Instead, we just spread the batter in one thin layer on sheet pans, then baked and froze them. 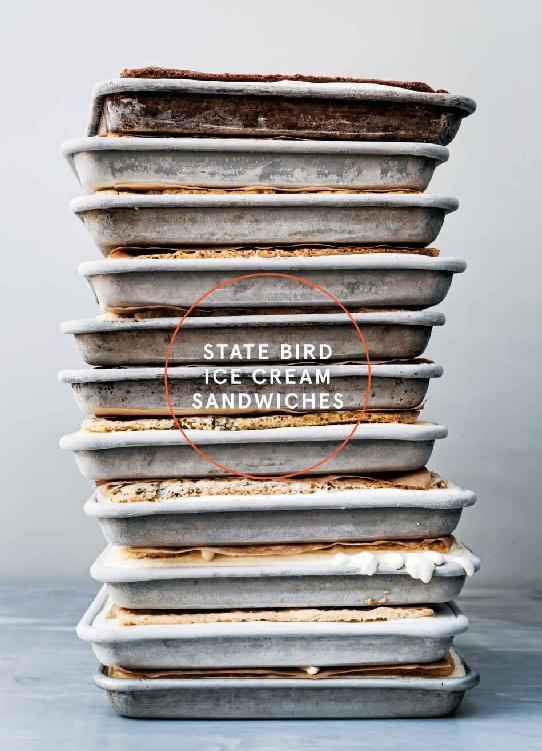 We used these big sheets of macaron as the “bread” in our ice cream sandwich, a different dessert that we had been making with delicious chocolate cookies.

Frozen cookies can be awesome, but not in this context—when you cut into or bite down on the hard cookie, the ice cream escapes out the sides. It’s messy. It sucks. Also, this new component of State Bird’s signature dessert is that rarest of cookbook miracles—when the restaurant version of a dish is easier, not harder, for the home cook. 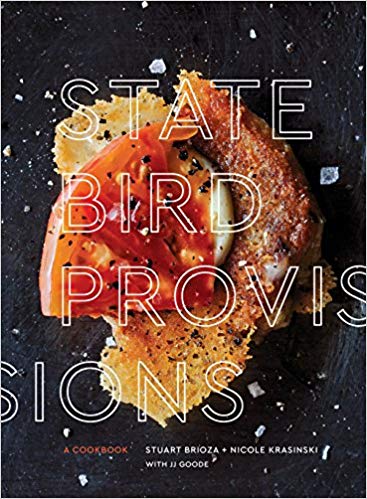 This is an excerpt from the State Bird Provisions cookbook, containing an entire chapter of 11 other gourmet ice cream sandwich recipes, drinks, appetizers, savory dishes, and desserts from the restaurant. 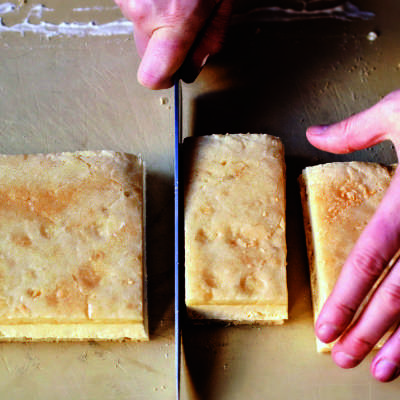 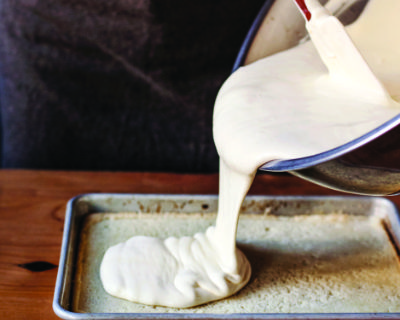 For the oolong tea, Harney & Sons Brand is preferred.

Silicone Mats (Parchment can be used instead) 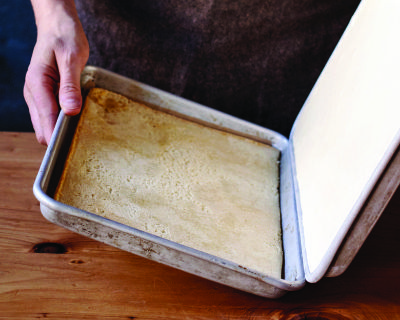 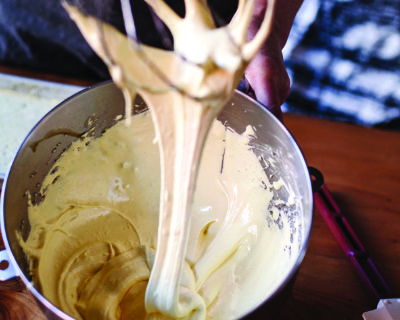 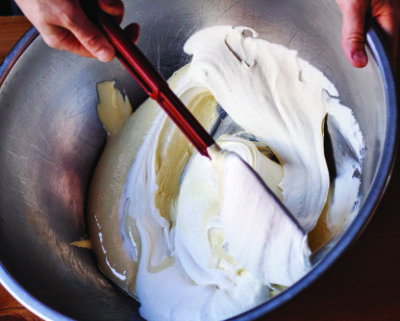 Add half of the whipped cream to the egg mixture and gently fold just until the mixture is a single color. Fold in the remaining cream.

Immediately move to the assembly.

Pour the ice cream into the pan onto one of the macaron sheets. 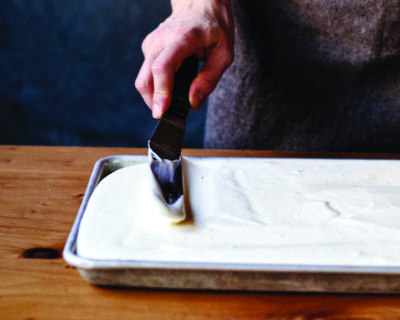 Spread the top with an offset spatula so that it's perfectly even on top.

Freeze the baking sheet, uncovered, just until the ice cream is firm and frozen throughout but still indents slightly when you press lightly against the surface, about 2 hours. Too firm is better than too soft.

Remove the baking sheet with ice cream from the freezer. Remove the plastic wrap from the second layer of macaron (the one with no ice cream). 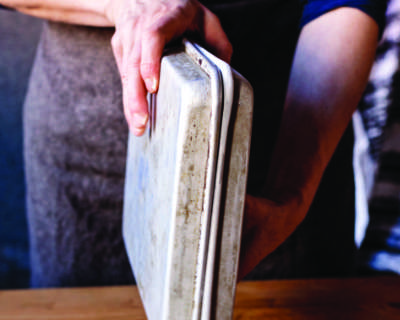 Invert the sheet with this macaron onto the layer of ice cream to complete your ice cream sandwich. 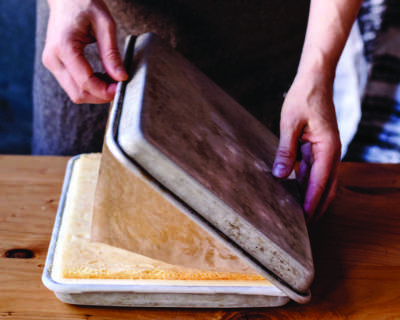 Remove the top sheet pan from the finished ice cream sandwich and wrap the entire thing in plastic wrap before freezing completely (at least 8 hours and up to 5 days).