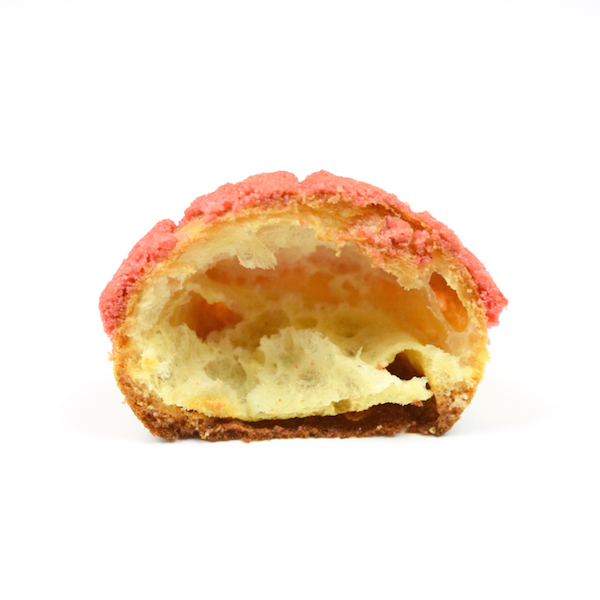 Pâte à Choux is a staple of the French kitchen. Most people associate choux with pastries like eclairs, profiteroles, and beignets. But choux's versatility makes it useful for savory preparations like gougeres and even French gnocchi. Choux is relatively easy to make; the tricky part is knowing how to get the right consistency. 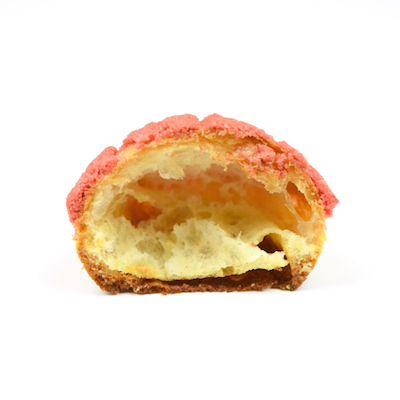 Makes enough for 30 profiteroles or 16 eclairs.

Using a high-gluten flour will make the choux rise more evenly because it will better hold its structure. You can use all-purpose flour, but you will likely get more cracks.

The number of eggs will vary depending on the size of the eggs and how much moisture remains in the dough.

Heat the milk, water, butter, and salt until the butter is fully melted and is just starting to steam. Sift the flour into a bowl.

Add the flour all at once and quickly stir

Continue heating for another 2 minutes to drive out extra moisture. The bottom of the pan should form a film of choux.

Remove the choux and transfer to a bowl. It must cool a bit before adding the eggs or else you will cook them. Using either a spoon or paddle attachment with a stand mixer, begin incorporating the eggs one at a time.

Wait until the egg is fully incorporated before adding the next

Stop when you reach a smooth and soft texture. Test it by using a spoon to scoop up the dough. It should fall under its own weight. If it does not, continue to add eggs. Now your choux is ready for piping and baking.

The choux should fall from the spoon under its own weight

If making profiteroles, eclairs, or anything that "puffs," I strongly recommend using a tip with many teeth on it (like Ateco #865). It will increase the surface area and avoid the large cracks you get with circular tips.

For profiteroles, pipe from the top Traditional recipes will have you bake the choux at a high temperature 450°F (232°C) for rising then turn off the oven and finally drop the temperature to 350°F to finish baking. While the theory behind this method makes sense (rapid rise then crisp), I only bake my choux at a fixed 360°F and never noticed a difference.

Bake at 360°F for about 30-35 minutes, but the time will depend on your oven and choux. You want the choux to be brown, not pale, and somewhat crisp. They should not be limp at all. This is the perfect texture so that once they are filled, you have a slightly crisp outside leading into the custardy goodness inside.

Having mastered one of the foundational techniques of French pastry, you're now ready to make some white chocolate eclairs.